The German travel writer Johann Georg Kohl visited Ireland in 1842 and wrote an account of the Irish Constabulary in his book Travels in Ireland (1844). He was struck (and impressed) by the military posture of the force (Kohl, 1844). Sir Francis Bond Head was also impressed with the police when he toured the country in 1852. His travel book, A Fortnight in Ireland (1852), contains an account of Irish Constabulary stations at Ballinrobe, Castlebar and Westport, and an account of the Revenue Police at Castlebar. According to Head’s report, the police had very little to do - there was virtually no crime in Mayo at that time (Head, 1852).

Engels on the Irish Constabulary
Unsurprisingly, Friedrich Engels’s assessment of the Irish Constabulary was strikingly different to that of Johann Kohl’s. While visiting Ireland in 1856, Engels harshly condemned the force and he included policemen, along with priests, lawyers, bureaucrats and country squires, in his list of “parasitic growths” that were supported by a country that was without any industry and that was “in ruins”. The German Marxist had “never seen so many gendarmes in any country” and he claimed that “the sodden look of the bibulous Prussian gendarme is developed to its highest perfection here among the constabulary, who are armed with carbines, bayonets and handcuffs” (quoted in Malcolm, 2006, p. 29). 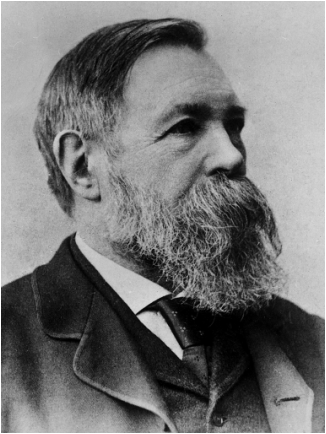